Design Studies, 2018
Much of my work is long-term and it often remains confidential indefinitely, so I occasionally sit down and create a quick standalone concept just for the fun of it. I've recently begun posting such experiments to Instagram to create discussion and hopefully inspire others to think simply but differently.
Follow me on Instagram at @speckofdustin_lab for more. 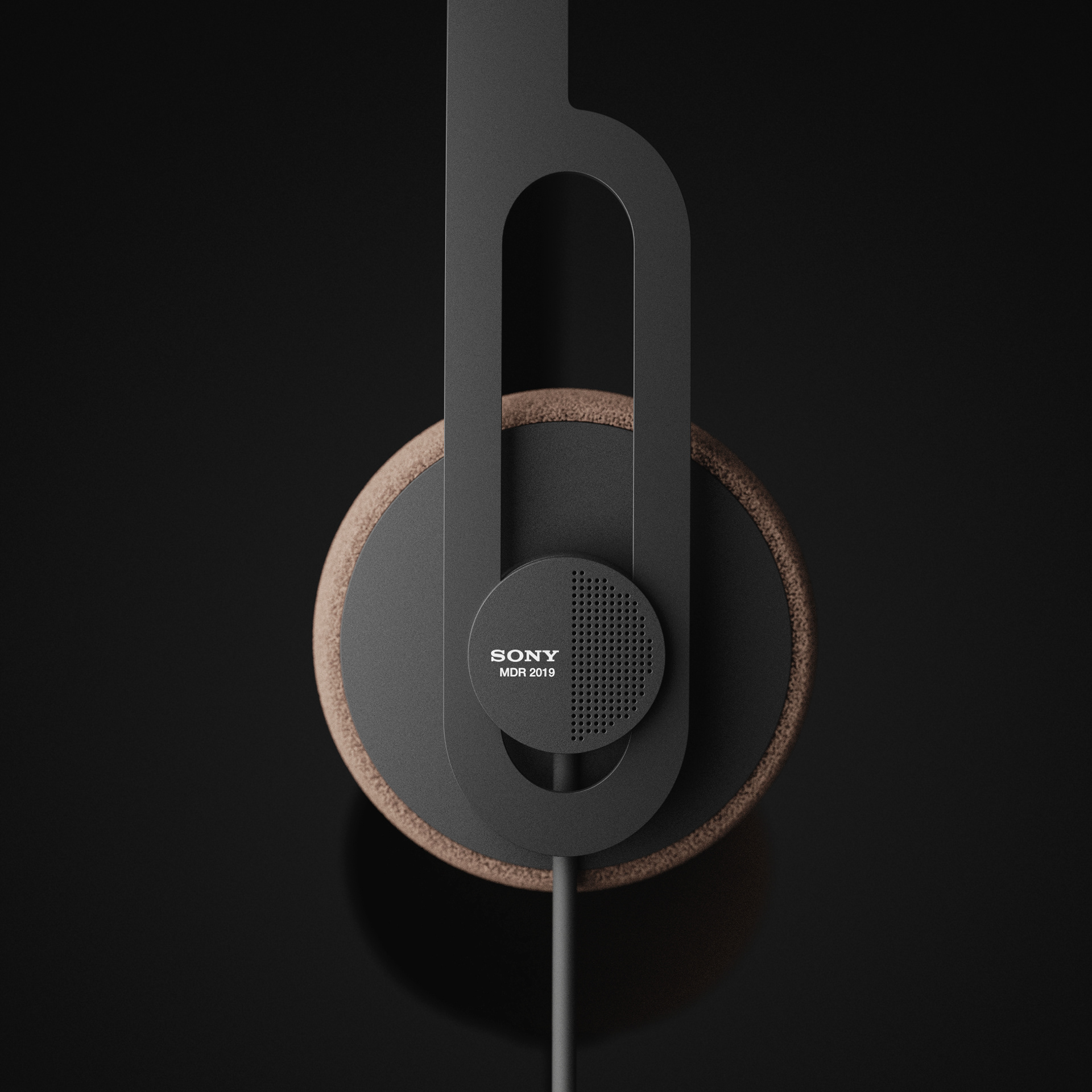 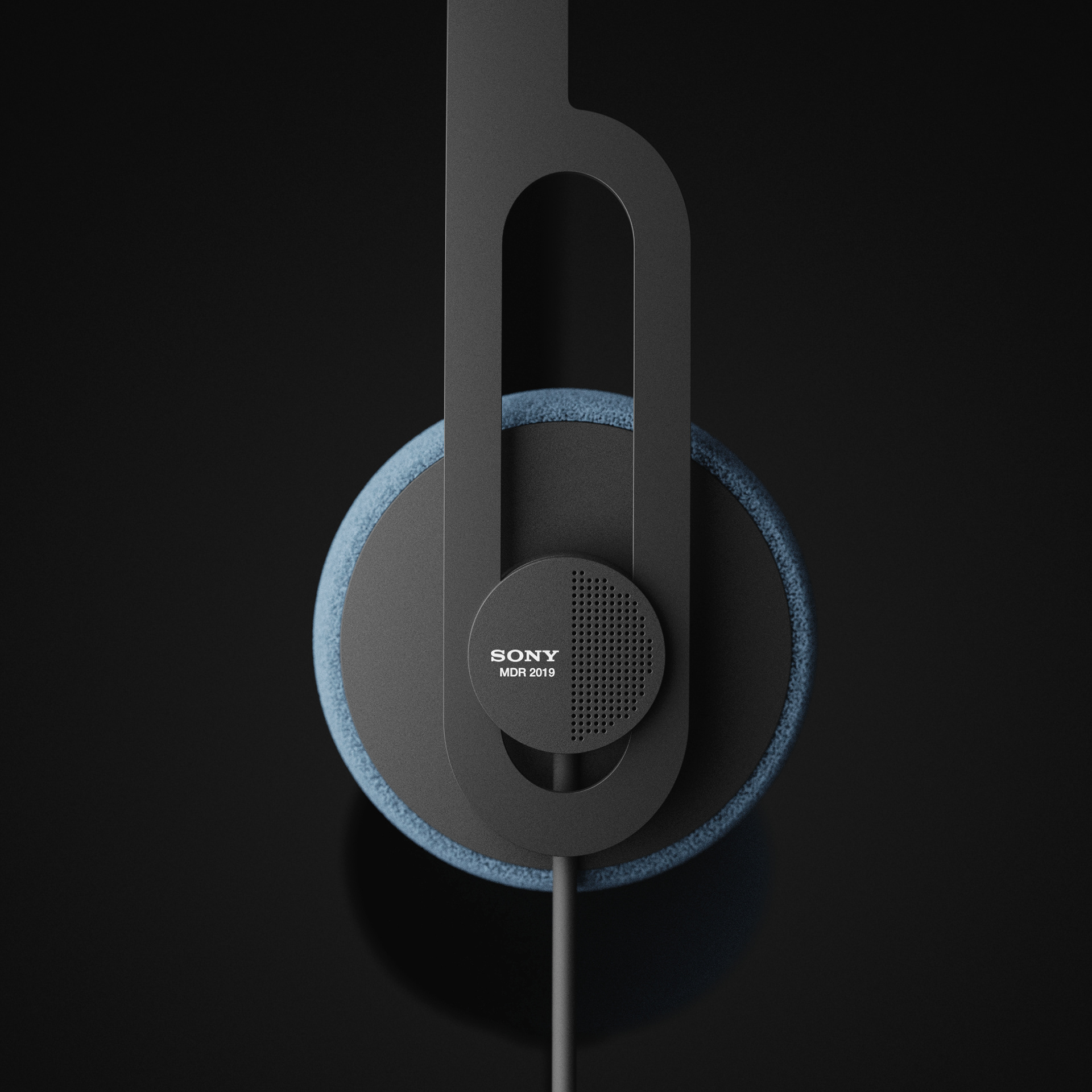 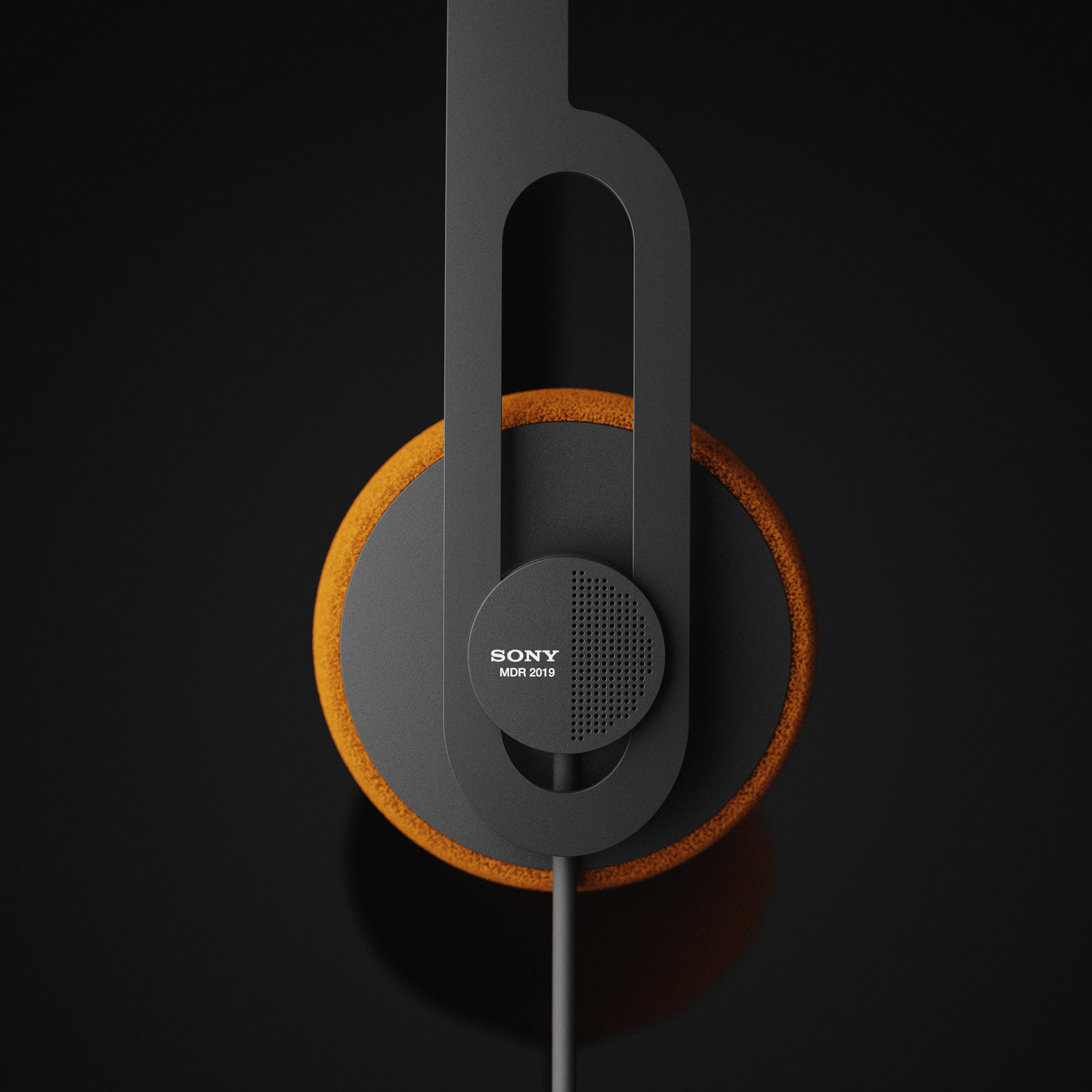 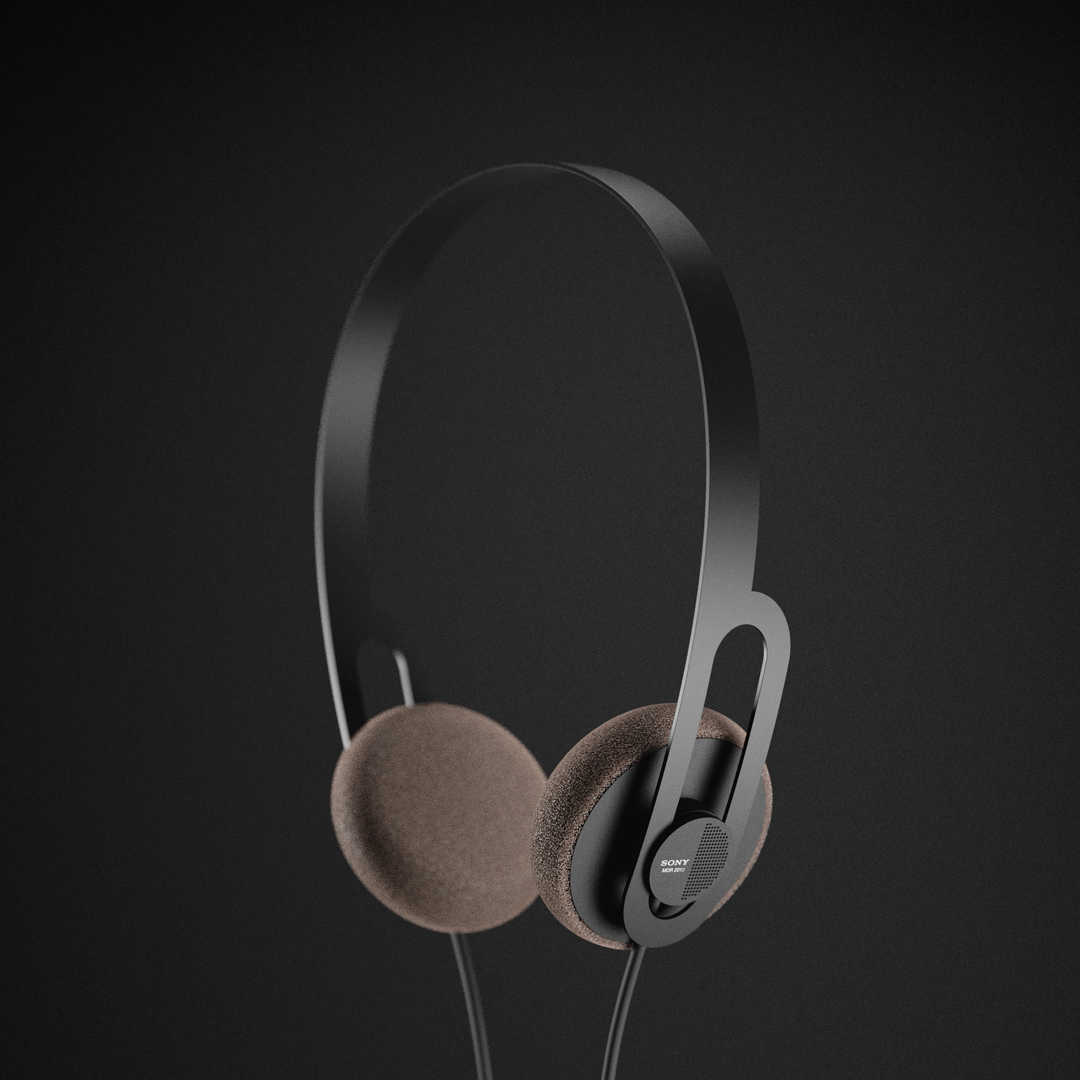 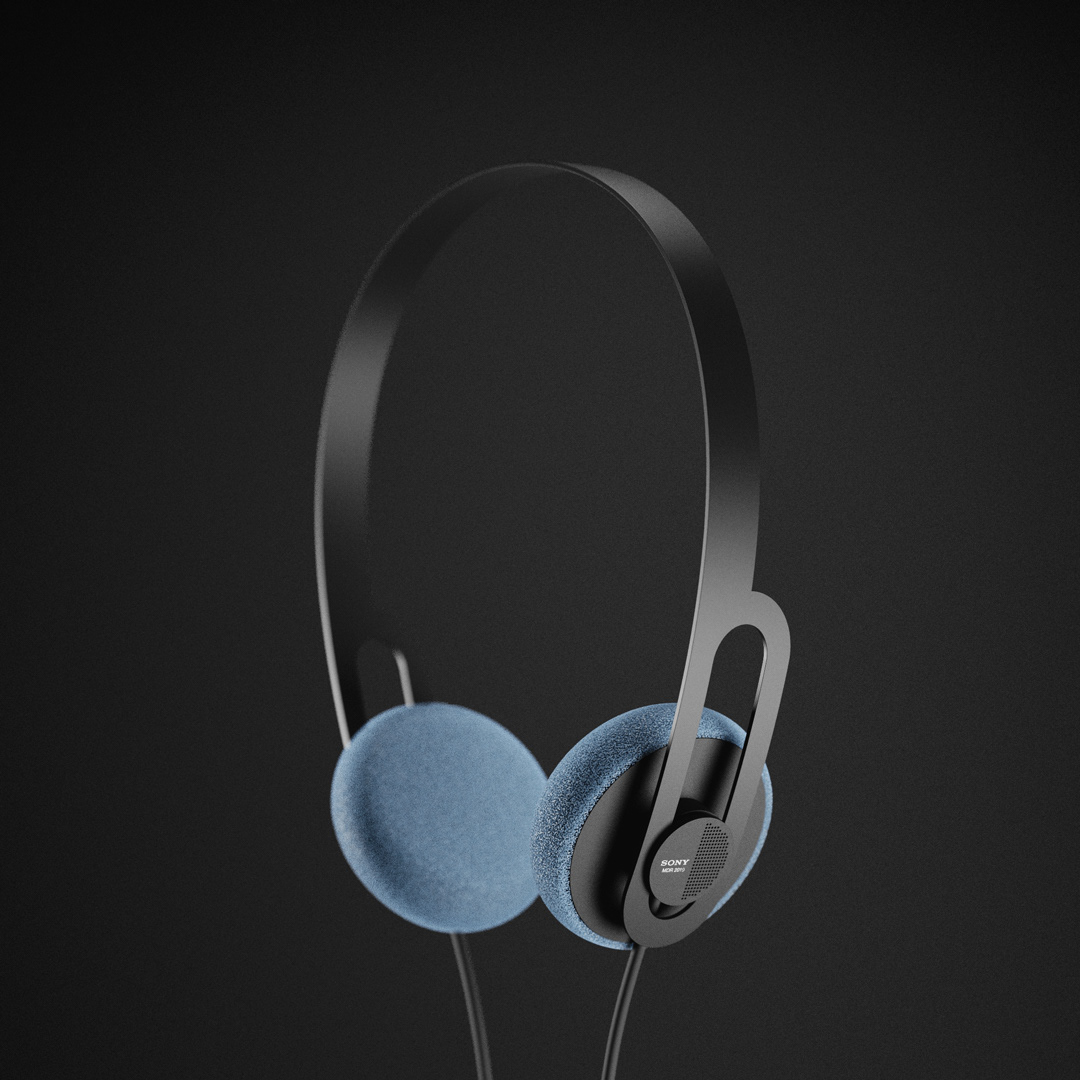 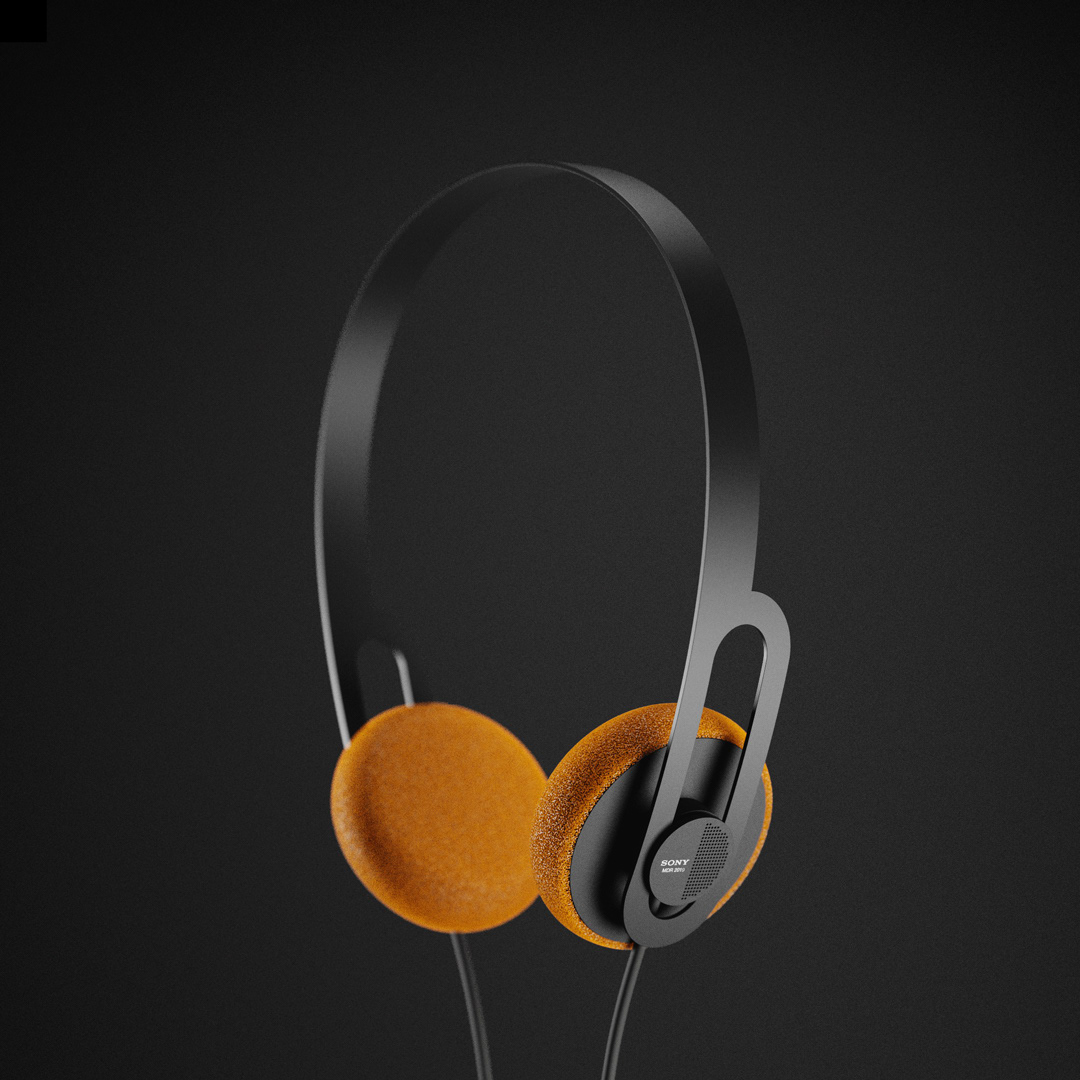 January, 2019: Headphones
July 1, 2019 will be the 40th anniversary of the first Sony cassette Walkman. I remember when it came out that it was...haha, just kidding. I’m not old enough to remember that. Almost. But not quite. The Walkman does turn 40 this year though. When I think of the Walkmans (Walkmen?) of my youth, I think immediately of their lightweight headphones with the springy steel headbands and sliding size adjustment. I used that as inspiration for an anniversary update. Kept the springy steel and sliding bits, but widened the band and expressed the sliding area to the point that it is perhaps the most distinctive part of the design, rather than an unfortunate engineering necessity. I call it the MDR 2019 Walkman Anniversary Headphone Concept. Don’t sue me, Sony. It’s fan art. :) 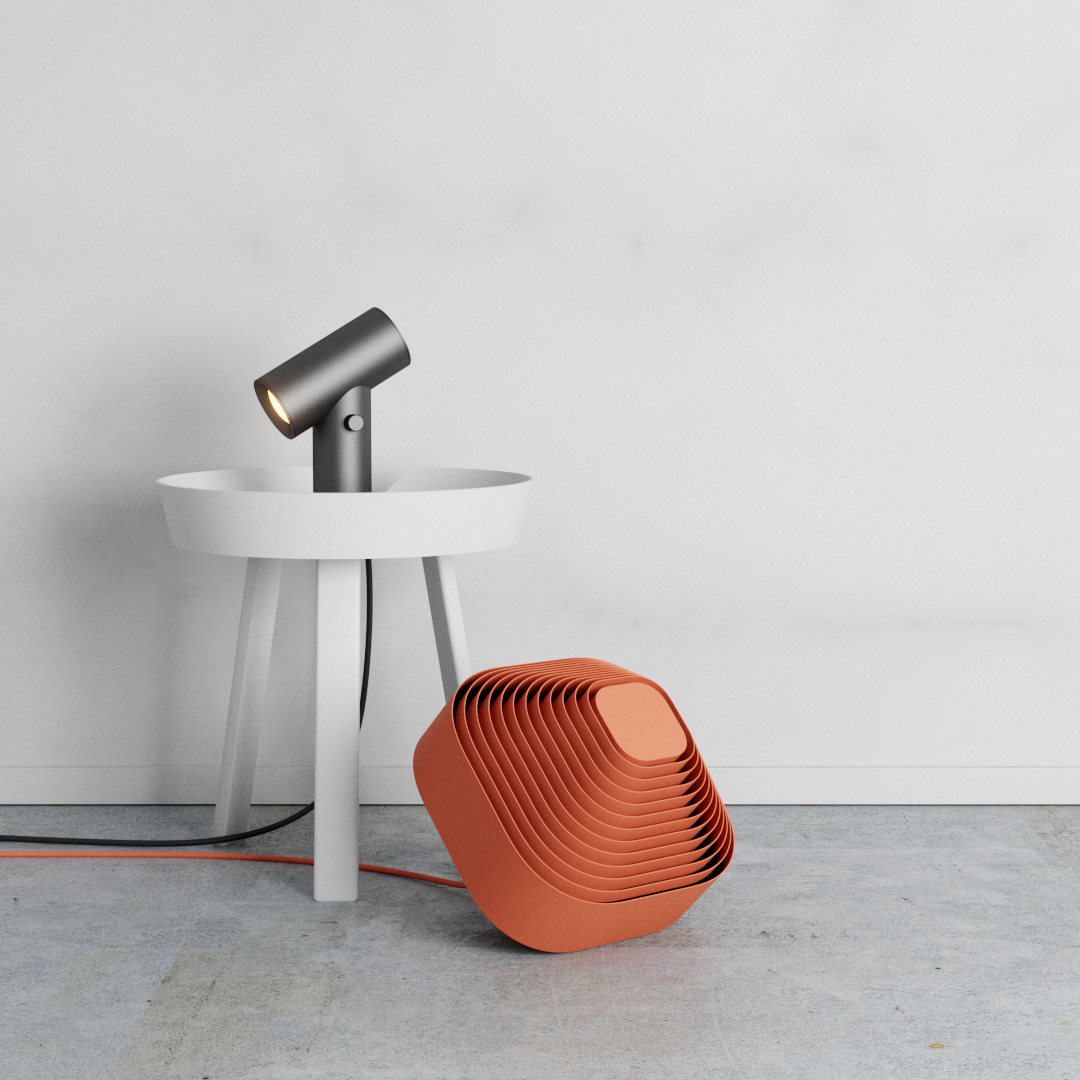 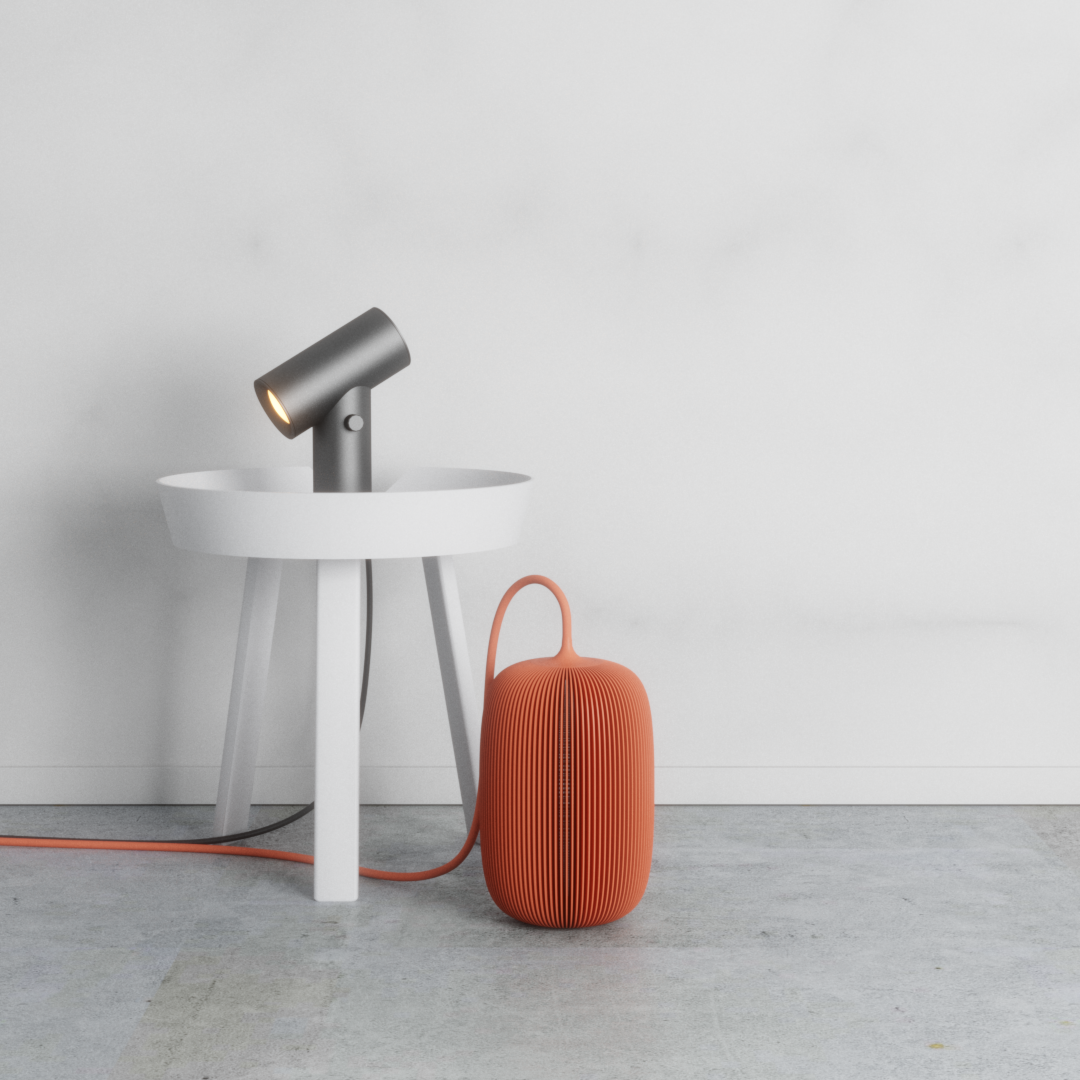 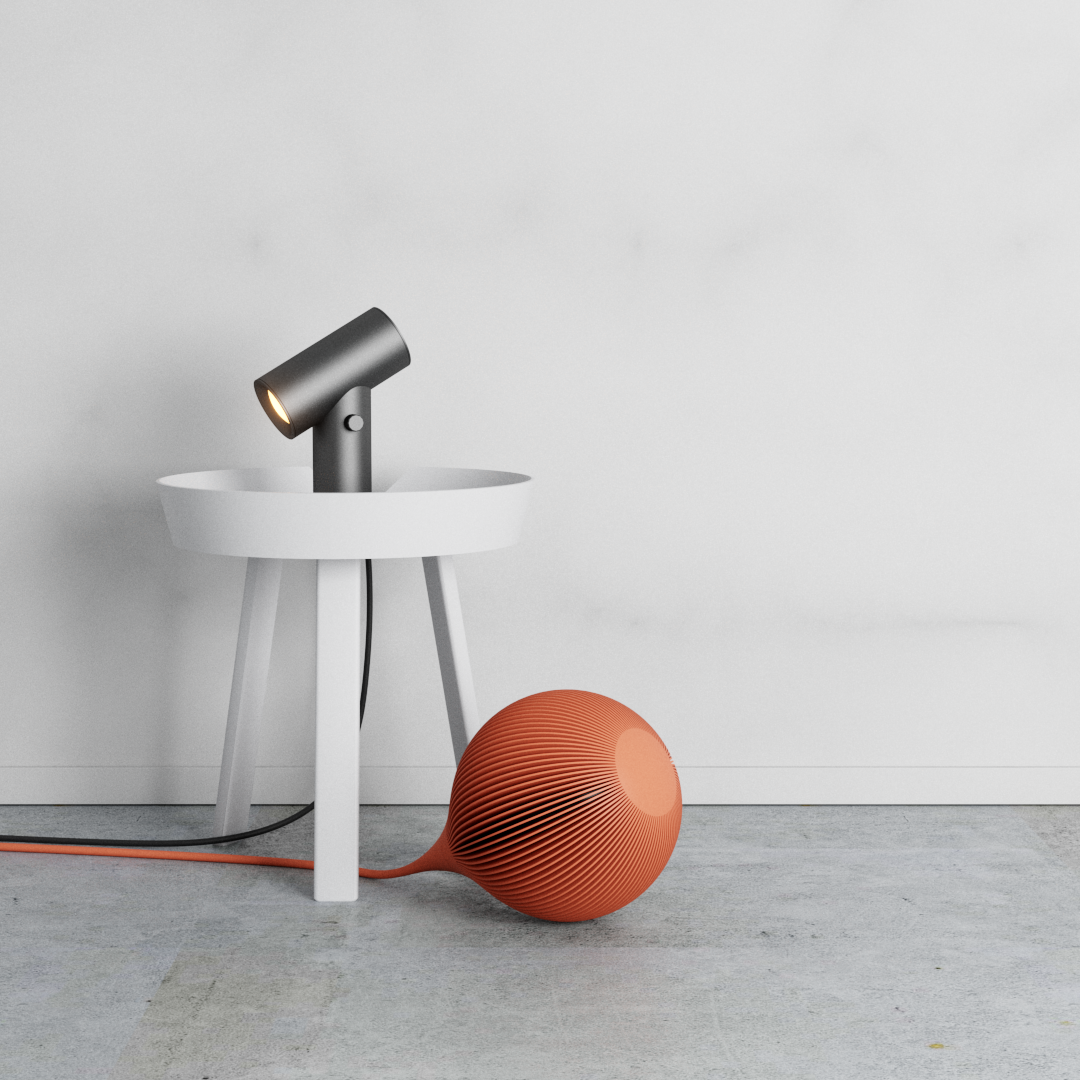 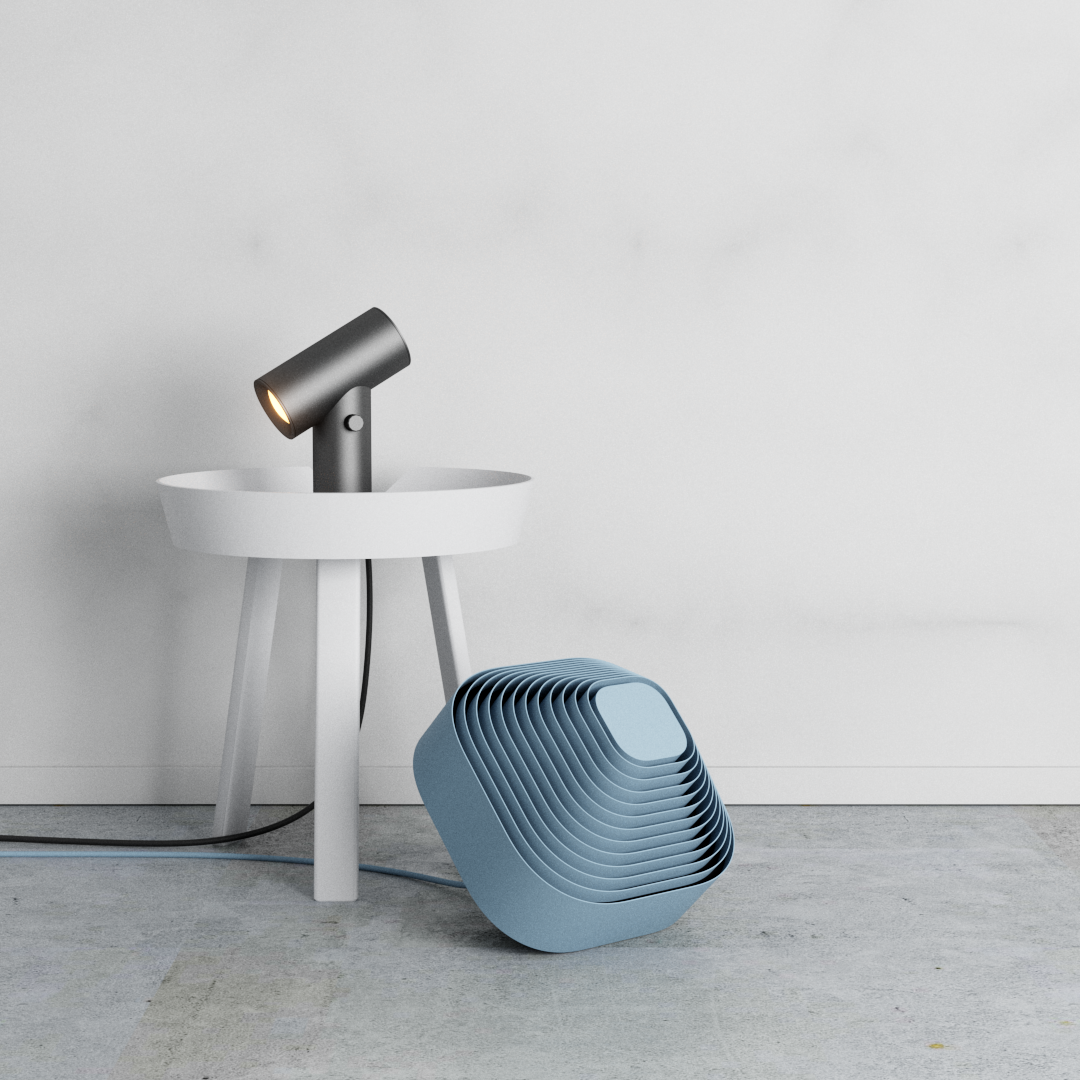 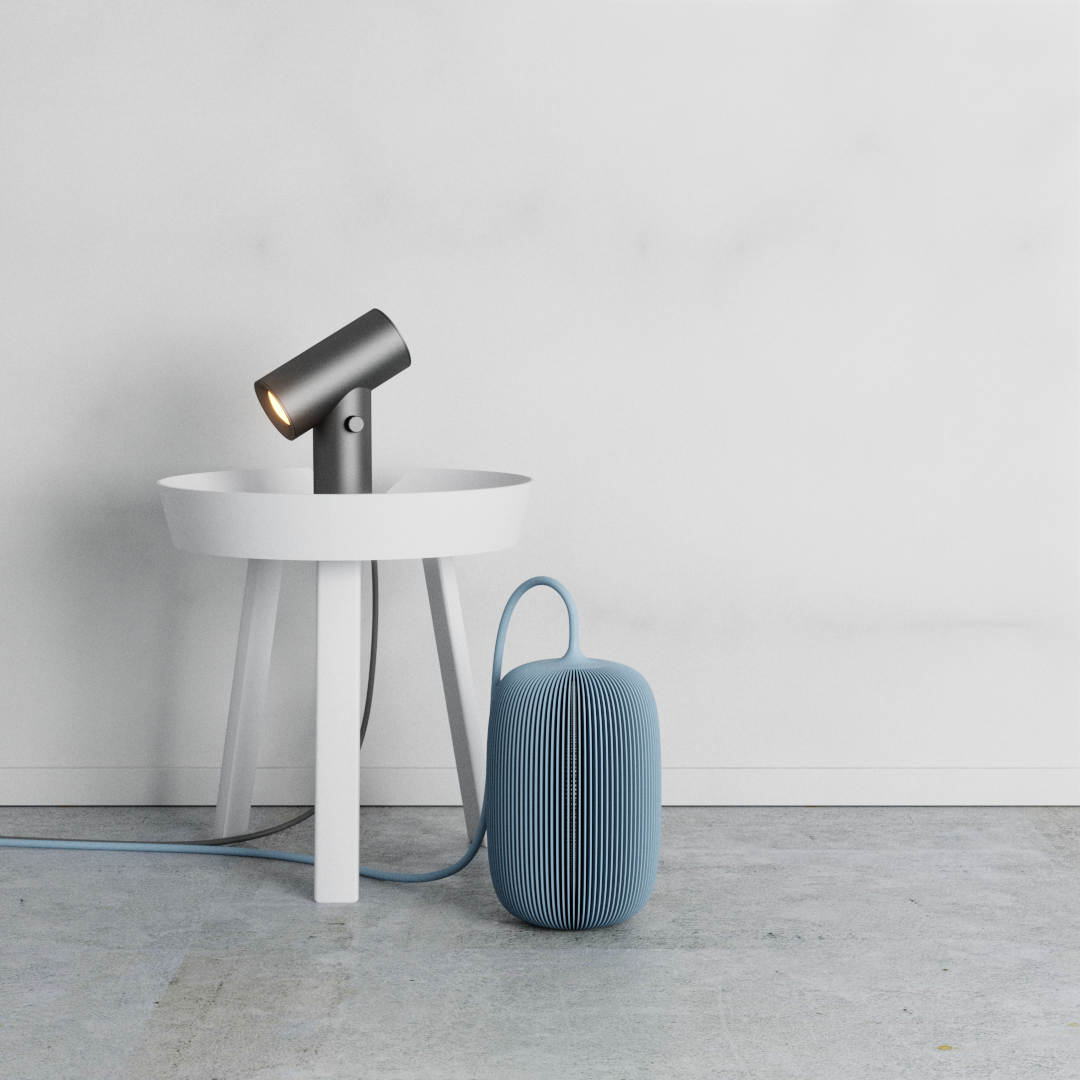 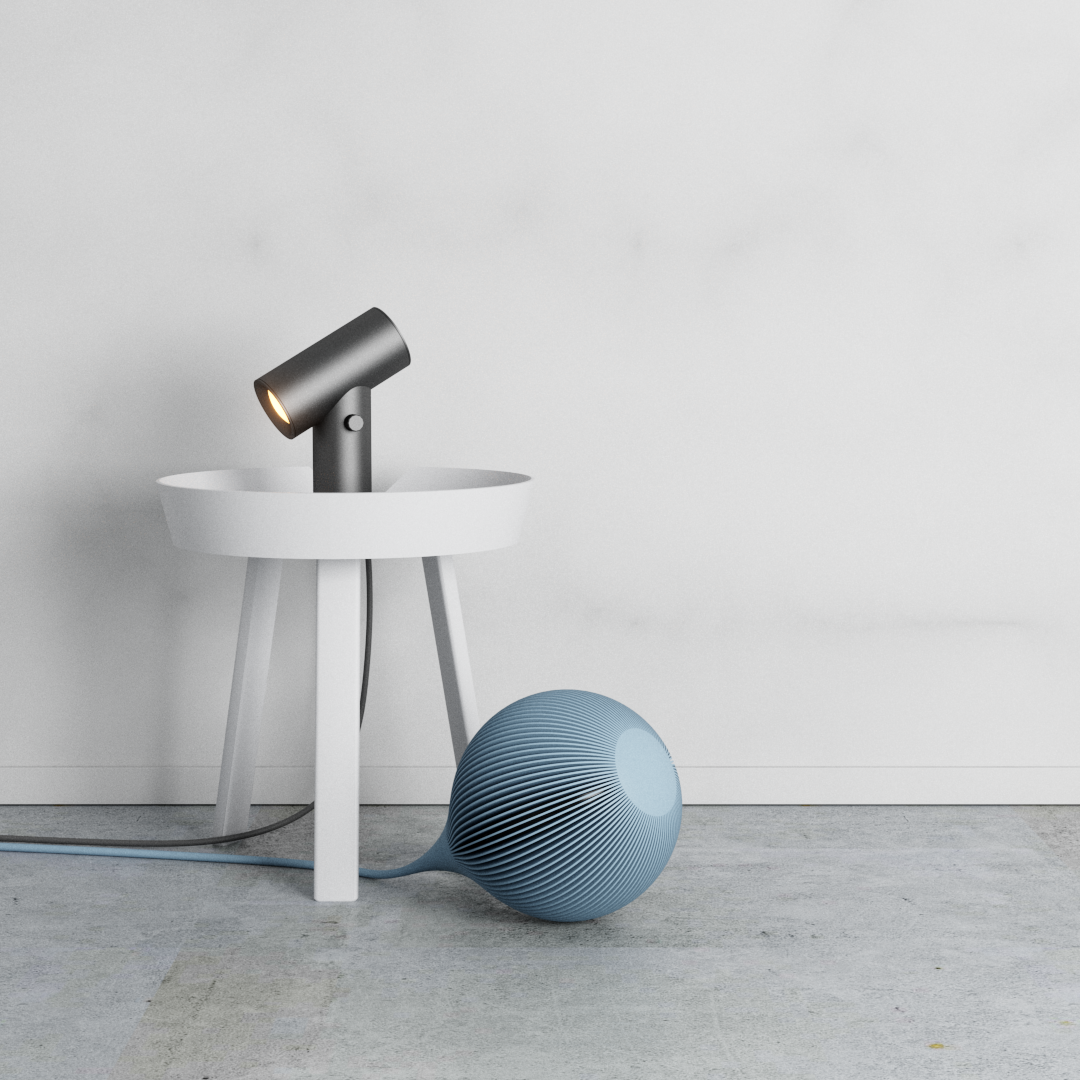 December 4-7: Space Heaters.
Can these mundane objects also contribute to the design of our spaces while they keep us warm?
I’ve lately been thinking about the formality and device-ness of the products we create. How much does a thing have to resemble similarly functioning objects that came before it? And is a skin tight Rams-ian shell the best way to house every technology?

The power cable in the center concepts was an interesting study in how one detail can de-formalize the personality of a concept and change it from minimalist to whimsical. The spherical concepts on the right explored that thinking further, forcing the technology into a simple but expressive shape that rested informally and had no up, down, left, or right, only front and back due to, once again, placement of the power cable.

Is polishing every product to minimalist perfection fundamentally honest design? Probably not. But perhaps that is an esoteric question that few would ever ask. Space heaters are a temporary and imperfect solution to the problem they attempt to address, though. Maybe they should be designed imperfectly too. 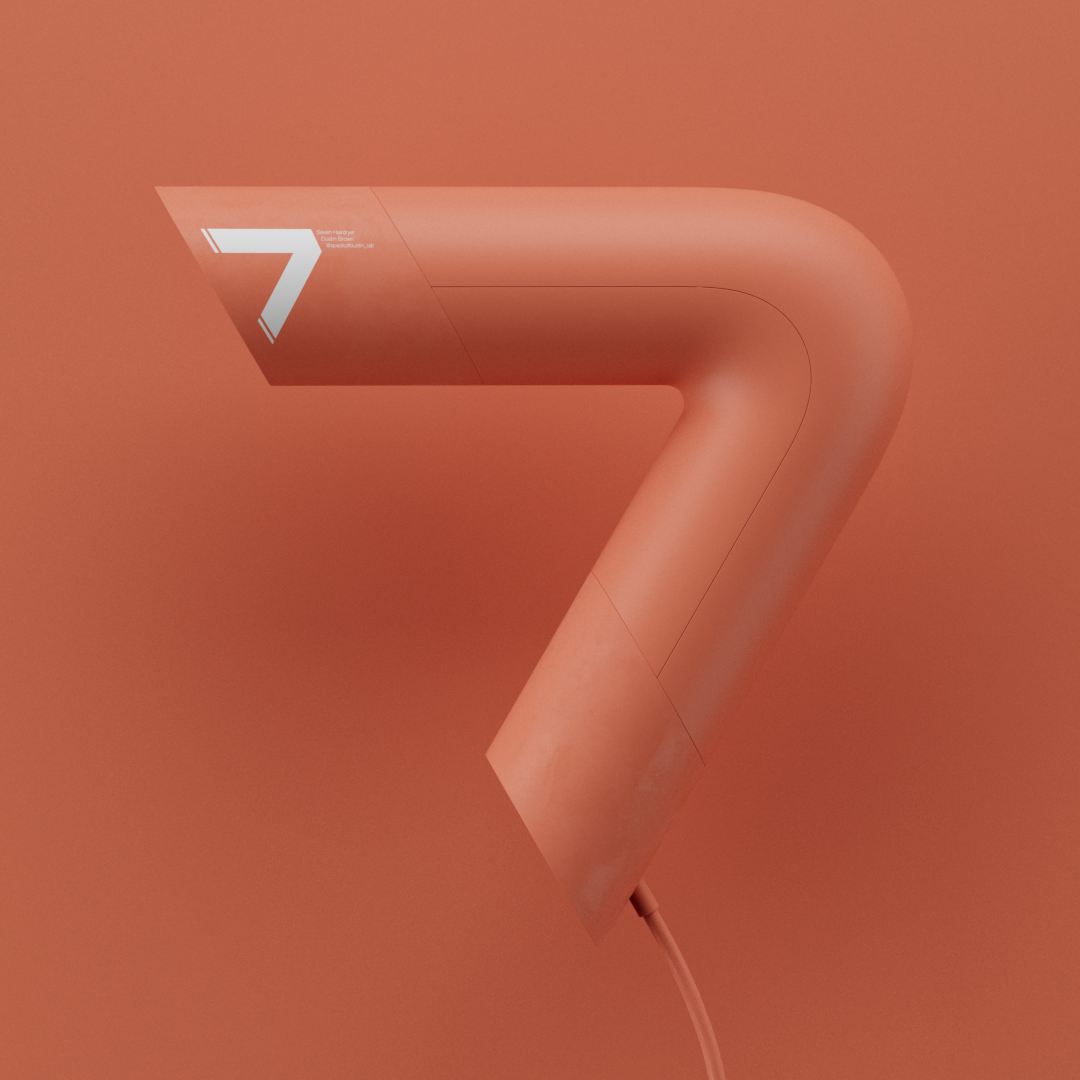 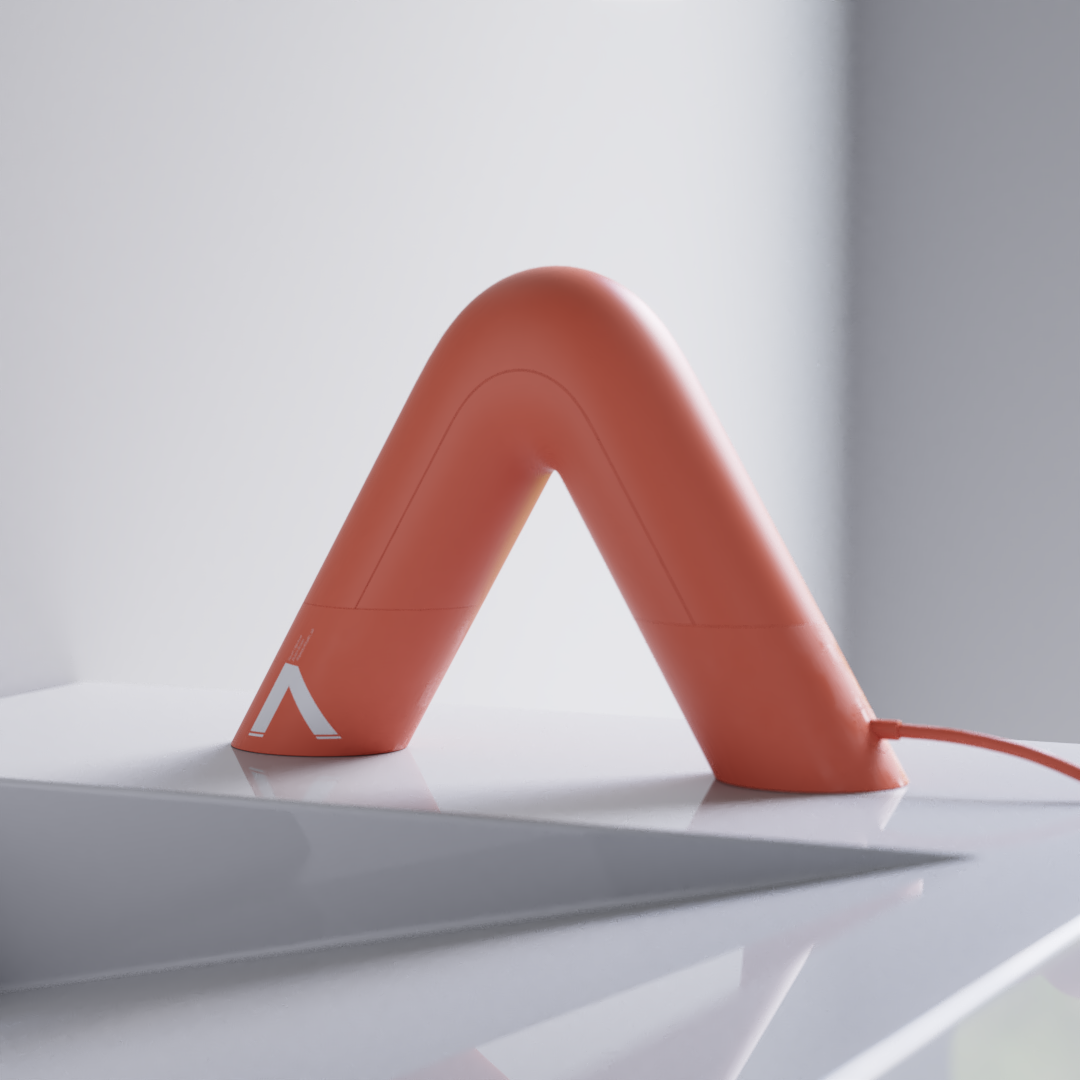 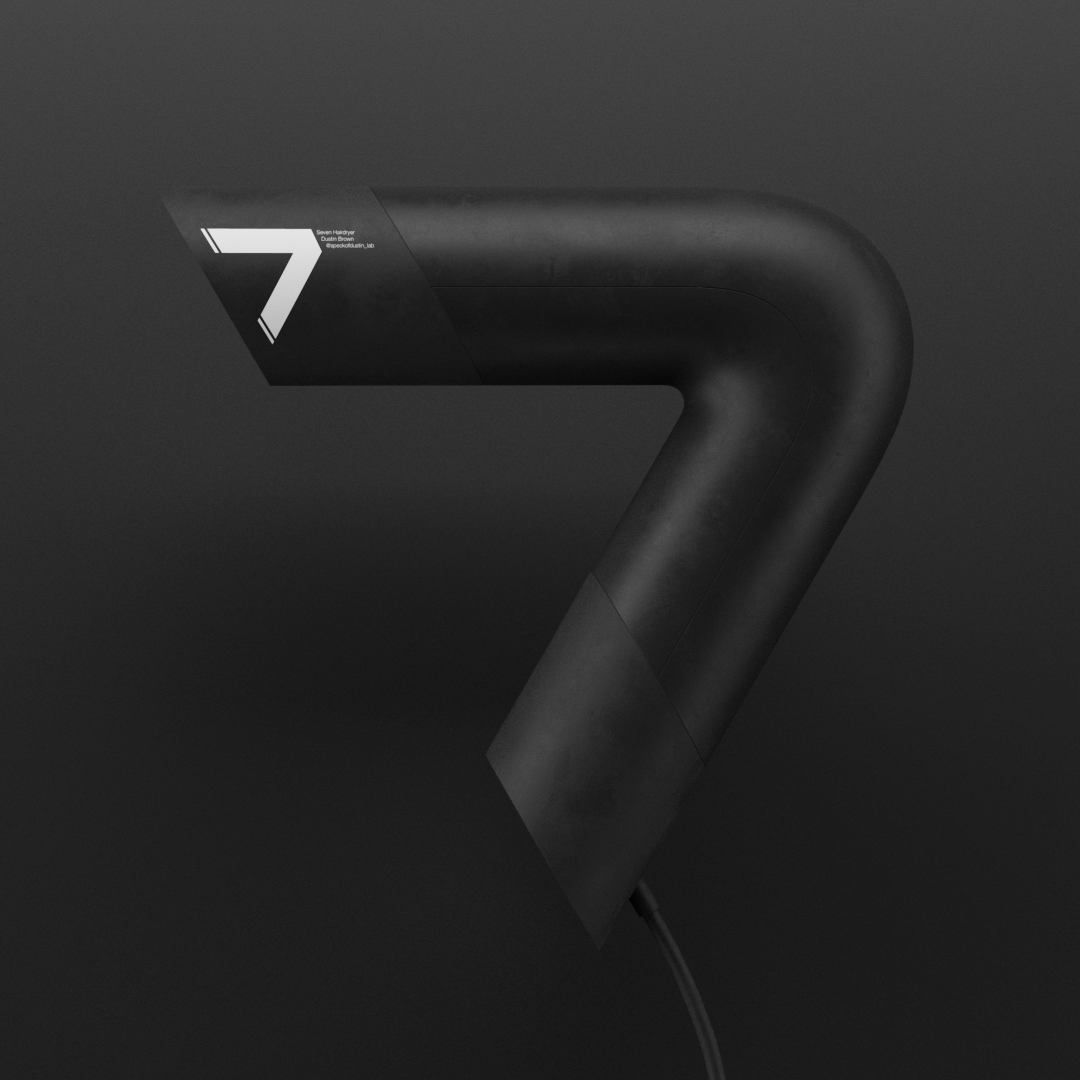 November 9-19: "Seven" Hair Dryer.
I had been doodling hairdryers in sketchbooks for several months after seeing some great concepts come across my Pinterest feed and decided to explore one of my ideas further in 3D. This was an exploration of how minimalist a hair dryer could be in form, with that form still adding value to functionality and experience.
Hair dryers typically lay poorly on a countertop when not in use. I wondered if they could stand upright instead. Angling the intake and exhaust openings to be coplanar allowed Seven to stand upright when not in use, taking up less space and interestingly presenting the handle in an easily graspable way every morning. Internally, air was drawn in from the bottom, through the handle area, and exited in the typical location at the opposite end. Heating was accomplished conventionally in the upper barrel. The power cable entered the side of the handle barrel to leave the intake area as open as possible. 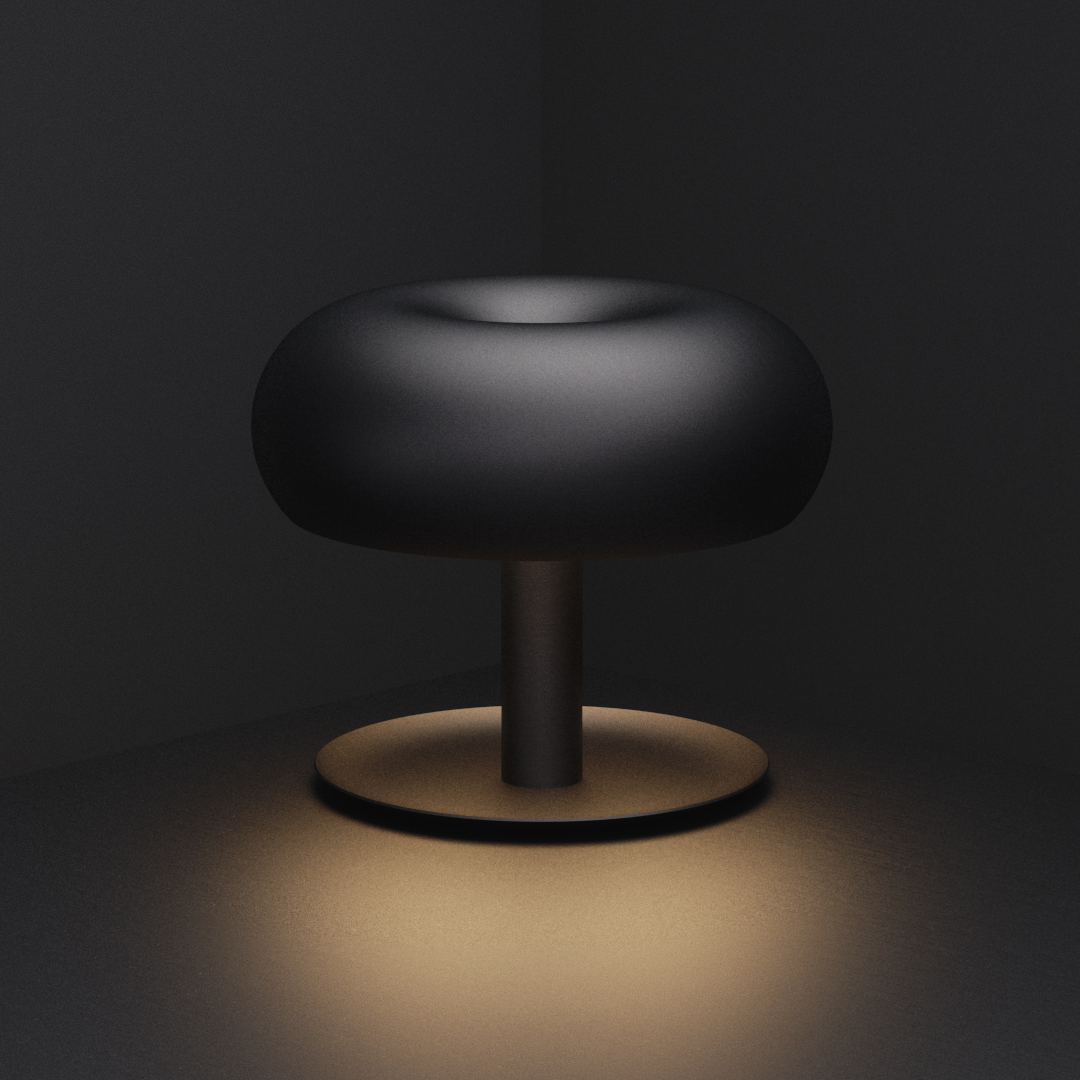 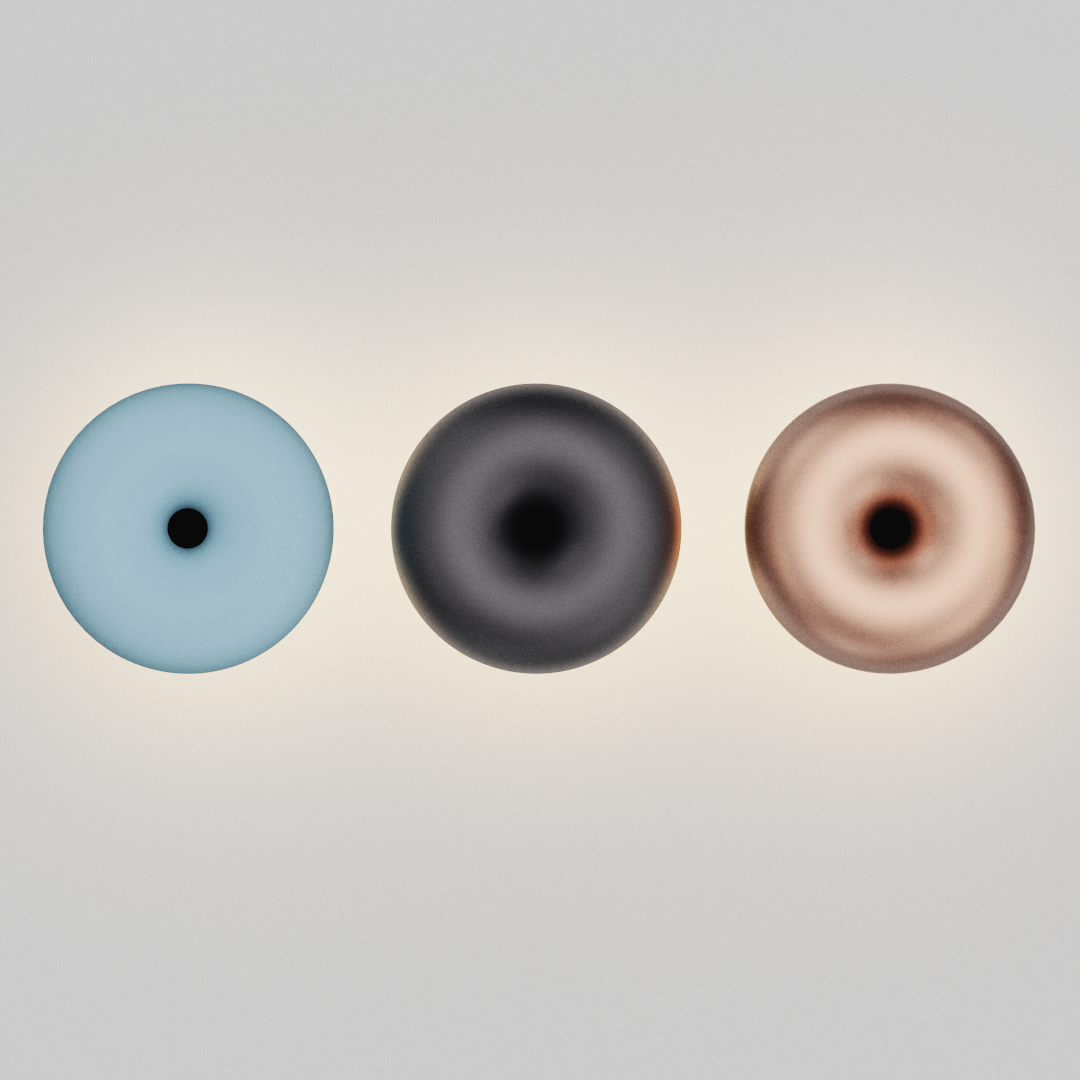 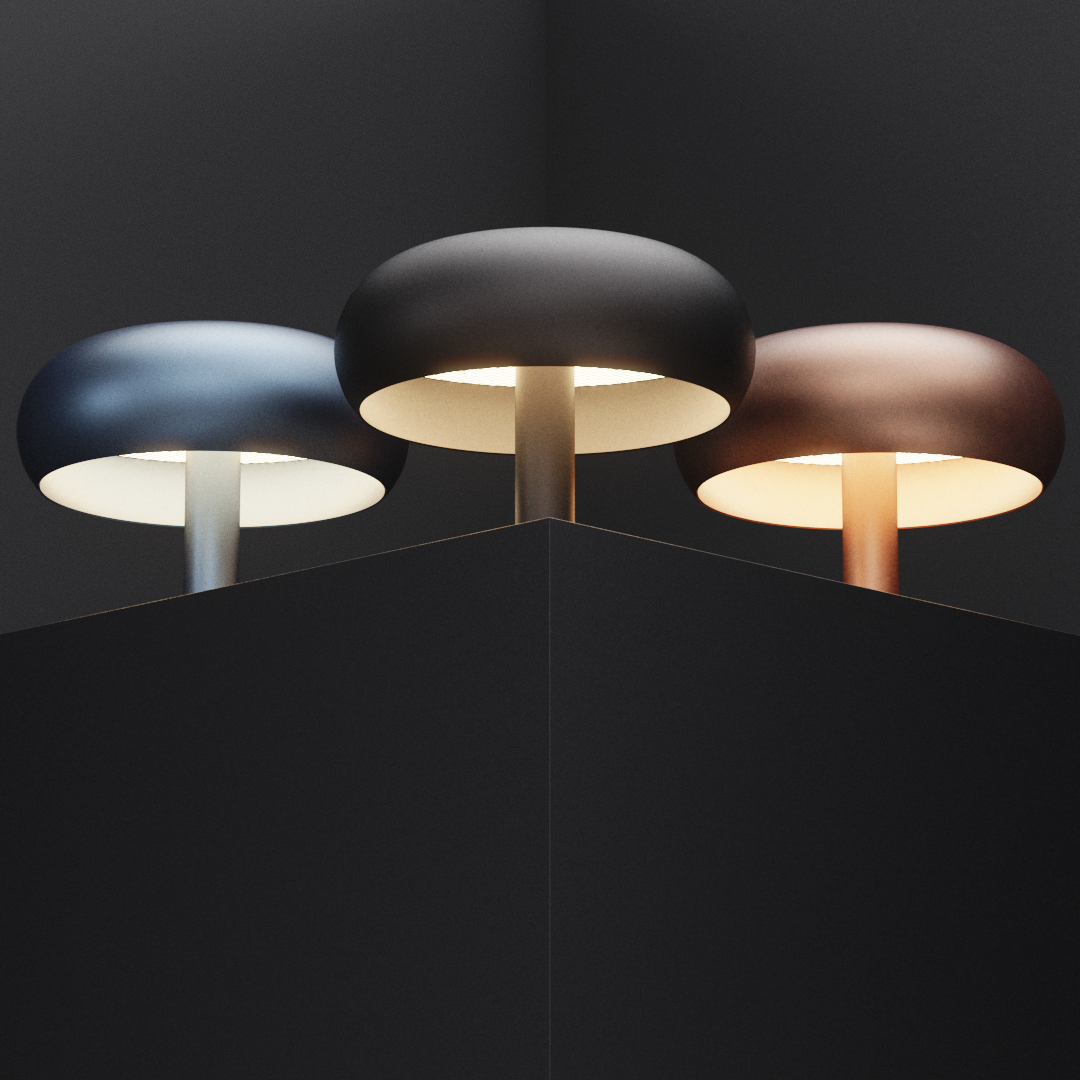 May 31. Lamps and Donuts.
A quick but fun exploration of a lamp built from a simple torus shape. Completed in response to the #doingdonutswithcs challenge issued by Creative Session a few days earlier. 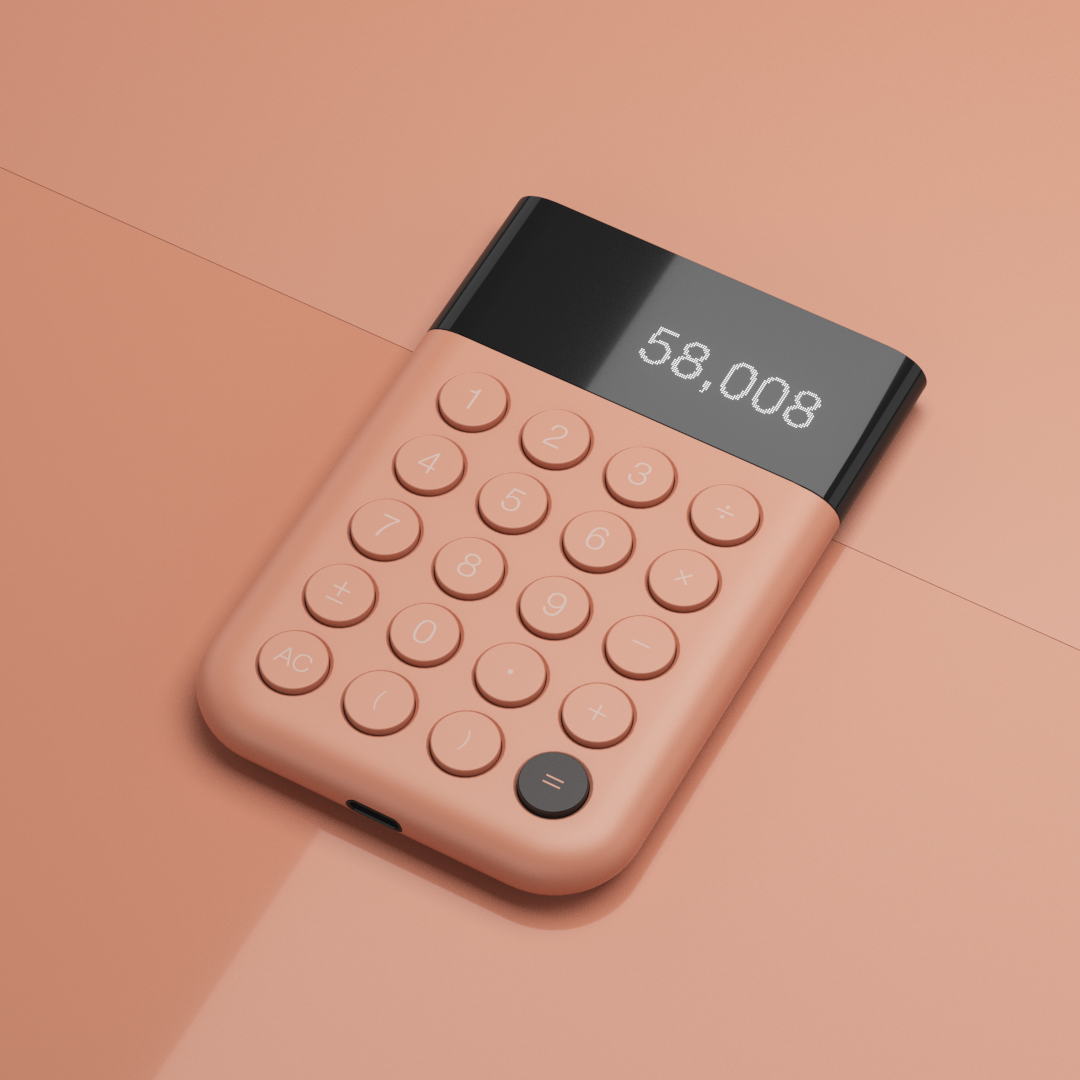 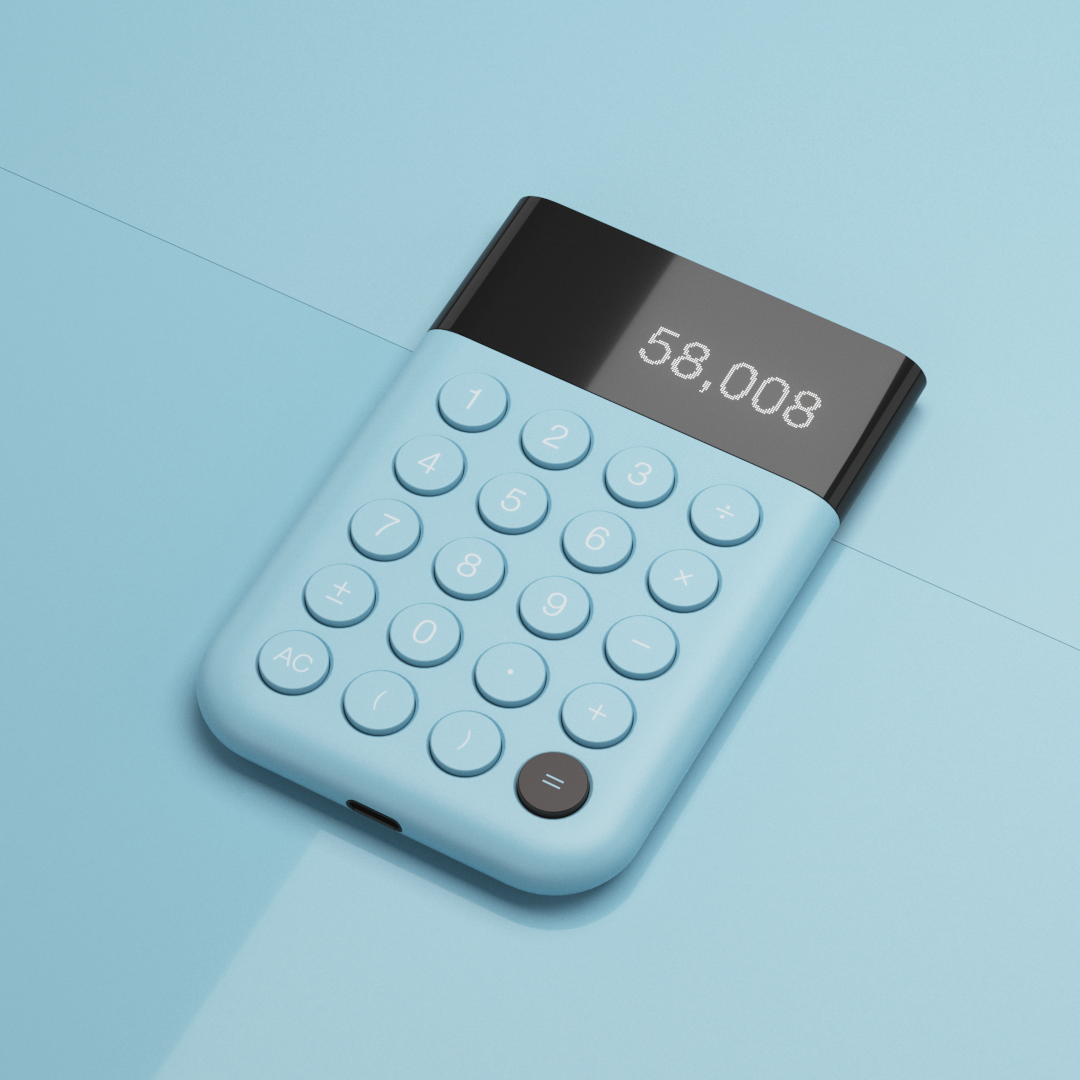 May 18-24: Calculator.
Fun with a simple calculator concept. And one of my most popular posts of the year. Sometimes it's surprising what can be done with a forgotten product that has become such a commodity that design doesn't bother to revisit it. 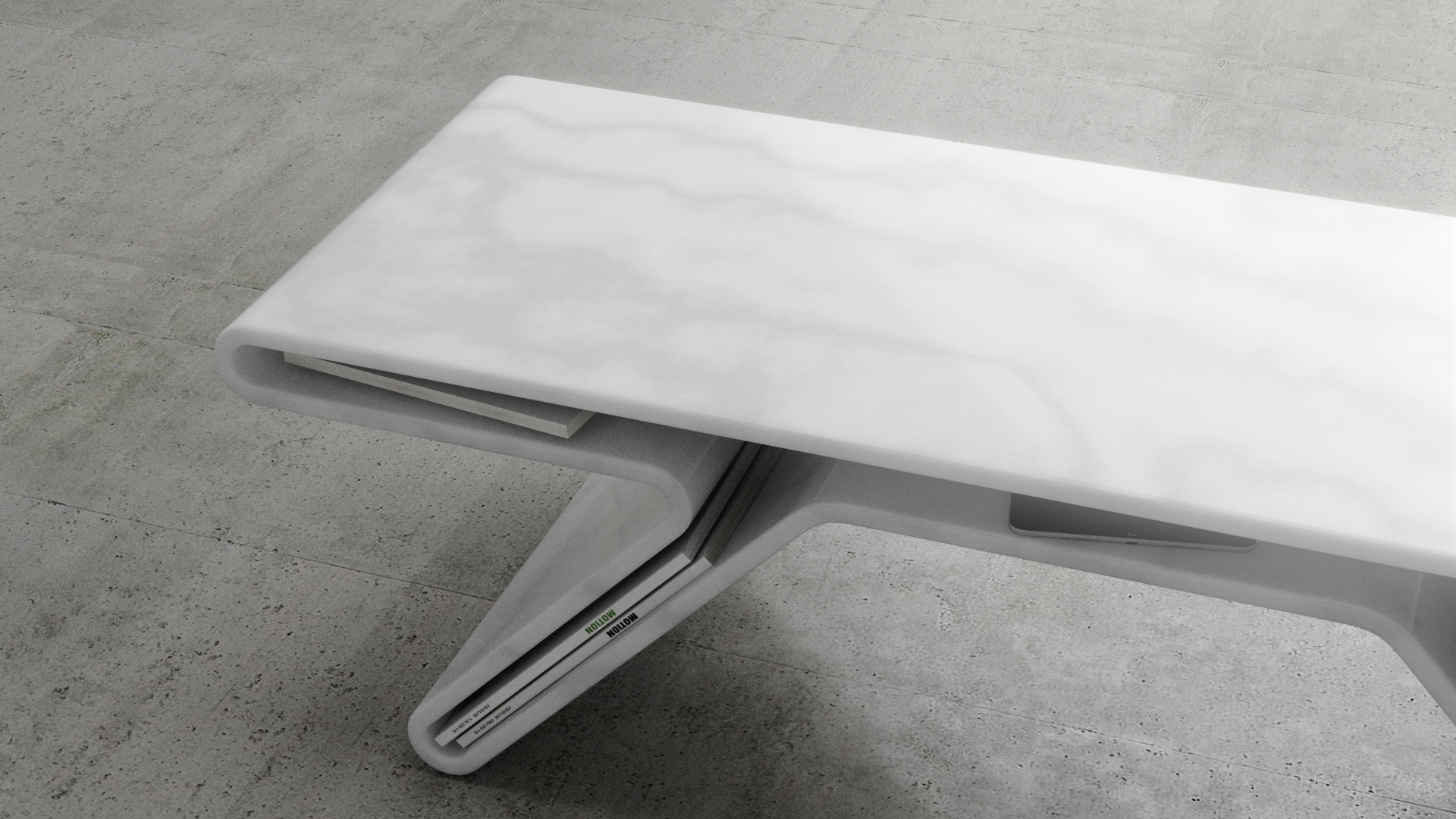 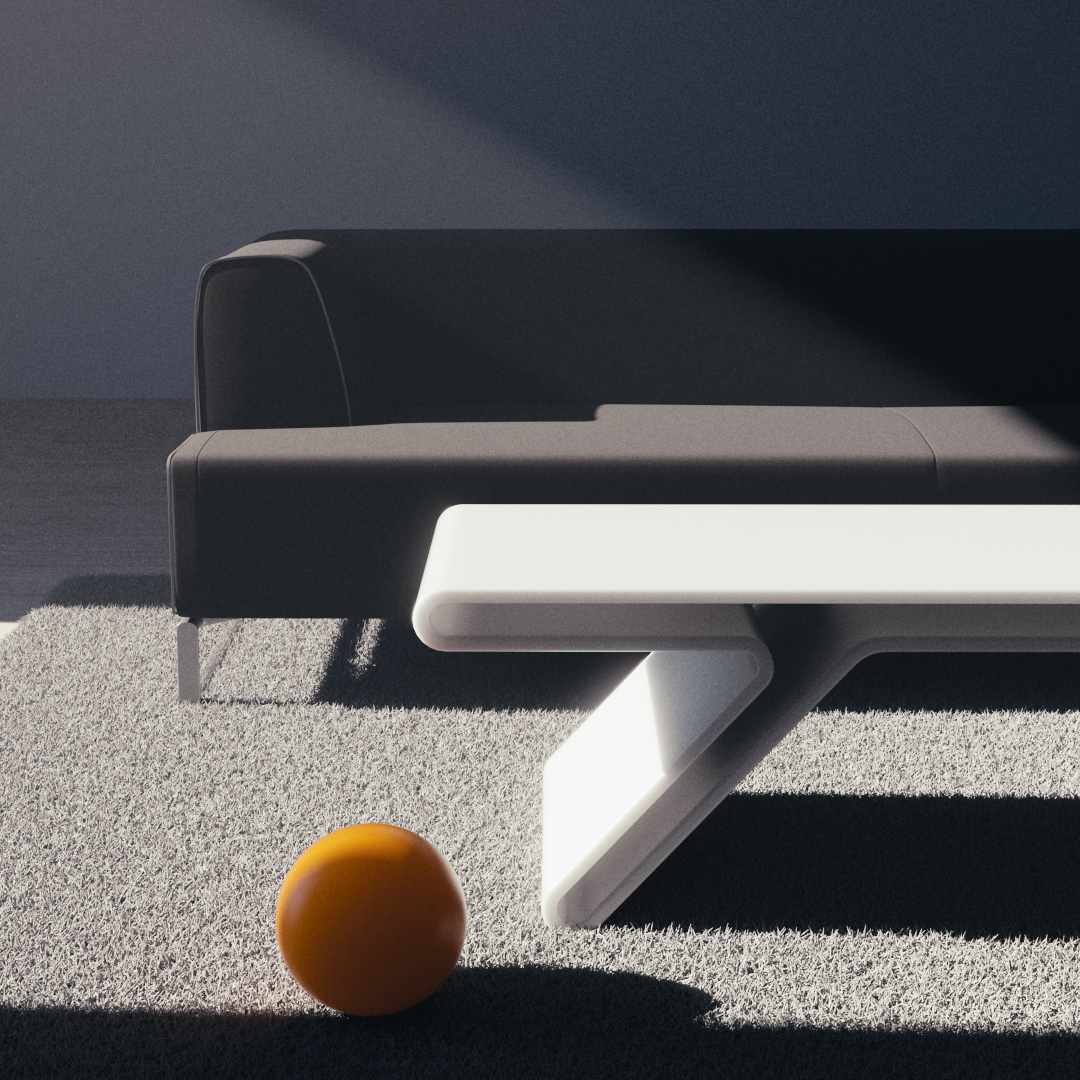 February 28-April 2: Coffee Table
I was pretty busy at work during this time, but managed to squeeze a furniture exploration in between projects. The concept was inspired by a need for storage but a love of minimalist shapes. I've since learned of a Mark Newson coffee table that is very similar, but the storage idea here still intrigues me and the material studies on the right are natural and effective. 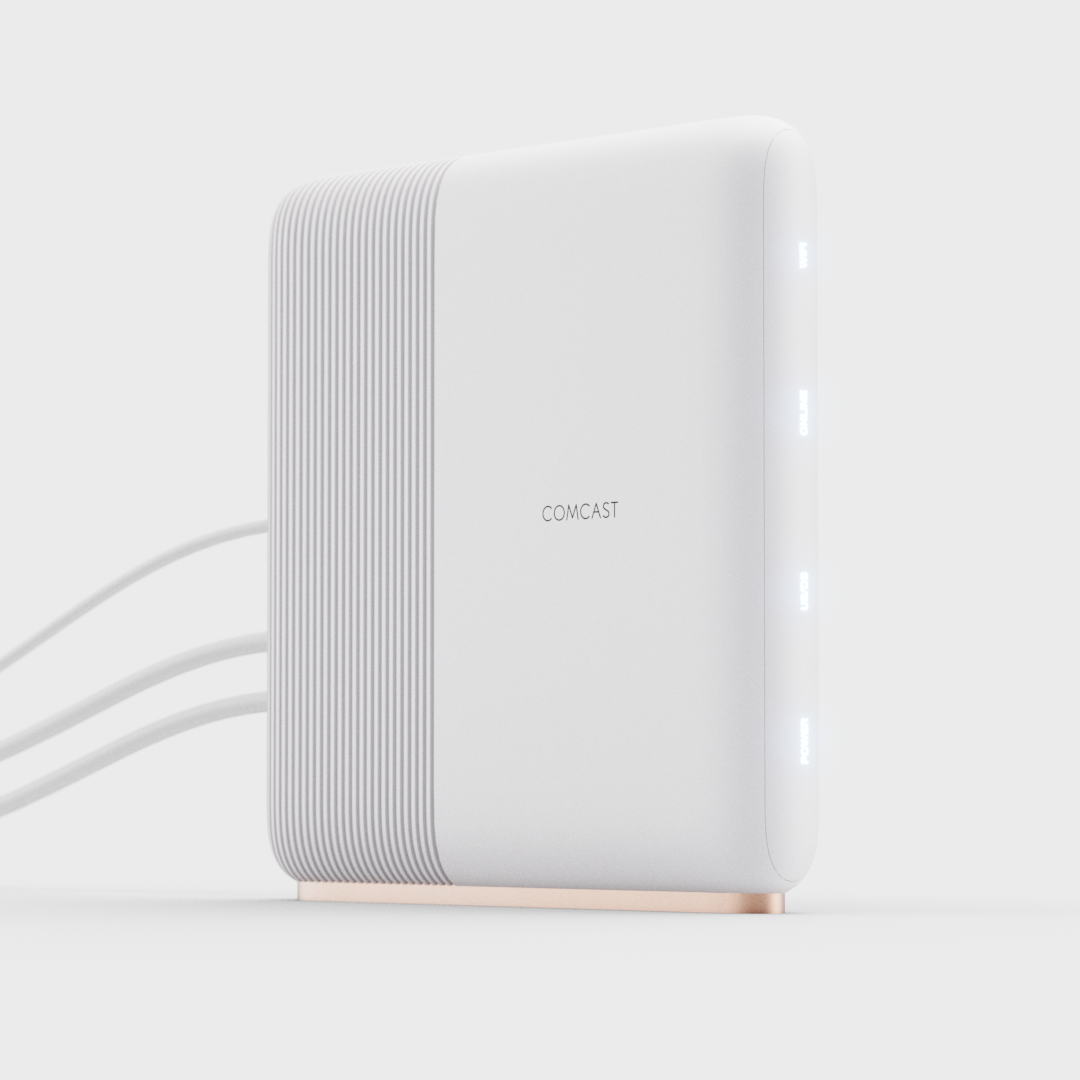 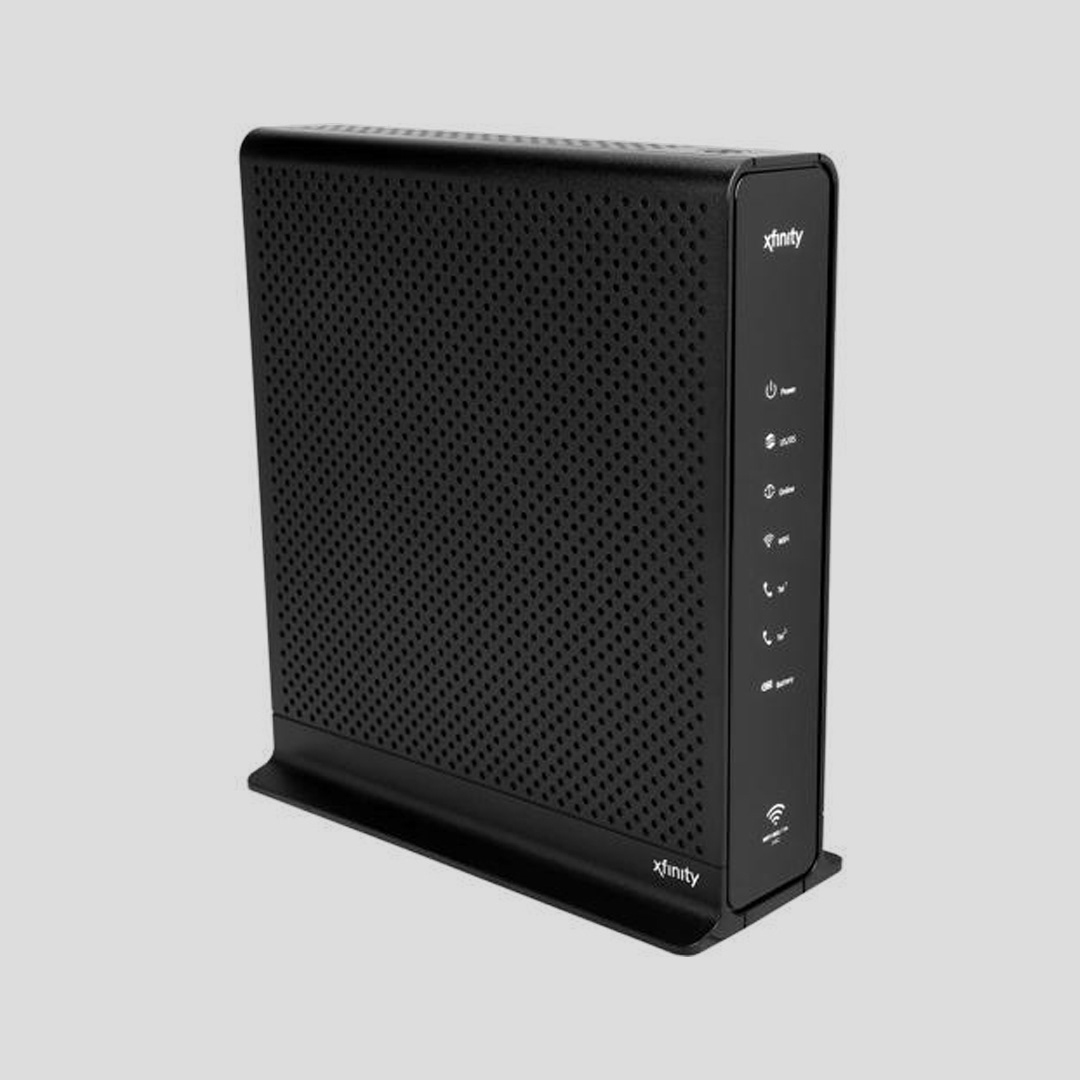 February 21: Comcast Cable Modem.
I had disliked the design of my Xfinity cable modem (image on the right) for years. It was clear a designer had made an effort, but seemed like many of the design decisions were cost driven. It was also obnoxiously large. I hid (and still hide) mine behind a shelf. It seemed like better was possible. I spent a few hours rethinking it with reasonable constraints in mind—a bit large in size, odd proportions, low BOM target, horizontal and vertical orientation, lots of thermal venting. Kept everything plastic, like the original, except the copper base, which was an indulgence (the design would still survive without it). Used the Comcast logo though, because the Xfinity logo seemed more at home in NASCAR than...a home.
November, 2017: WM Fan
WM was an auger based USB powered office desktop fan concept created for the Creative Session fan challenge. While an auger is likely inferior to traditional fan blades for moving air, the visual effect of a bright spiral shape spinning within a translucent tube was irresistible and could bring a welcome bit of understated fun to office environments. The base, made of the same translucent material, extended this playfulness, allowing soft glimpses of the hanging USB cable as it exited the structure.
Follow along at @speckofdustin_lab on Instagram.
↑Back to Top